Showing Vs. telling is one of the most difficult things to get right as a fiction writer. So much so that even the best of the best struggle with this art-form, resulting in edit after edit to ensure that they have the perfect balance. 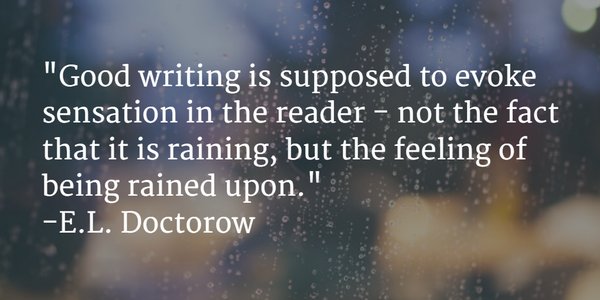 If you aren’t familiar with showing Vs. telling, then let me explain to you what it is. Whether you are aware of it or not, if you are writing a novel or some form of fiction, you are both showing and telling – even if you don’t quite know what it means. Telling describes the act of telling the reader something, for example: ‘Liam stepped through the doorway into the outdoors.’ – that would be what is known as telling.

Whereas showing is different. Showing is doing more than simply telling the reader that Liam stepped outside, it’s putting the reader there beside him so that they can watch him up close and feel what he is feeling. More like this: ‘The cool air wrapped itself around Liam’s face as he pushed his way through the door and into the open space. It soothed his mind with iciness, almost like an ice-pack on an injury. His brain carrying the injury, the freshness of the wind acting as the ice-pack.’

Writing it like that includes the reader more and actually puts them in the story so that they feel involved. It is more than simply keeping them as a bystander and commentating on events. It is pulling them into the story-world and making them feel what the characters feel, causing them to become attached to the story on a more intimate level.

They Both Have Their Usefulness

Now, contrary to the popular belief that you should always aim to show and not tell, I happen to think that simply telling a reader something can be just as useful. I told you I was different…

Think about it though, if you read 80,000 words of pure description and detail, it would be as equally boring as reading 80,000 words of colourless, non-descriptive boredom. Readers don’t want to be told every tiny detail of every minute thing, you need to make sure that you are setting scenes and putting them in that scene, but they also like a bit of creative freedom when they’re reading. It’s sometimes good to leave some details out so that readers can use their own imaginations and fill in the blanks. It keeps them engaged and it keeps them guessing. So you have to put them there and make them feel, but at the same time you can overdo it.

It’s about balance to me. Some things are better simply just said. There’s even such thing as over-egging the pudding when it comes to writing. Description can get to the point where it becomes too much and it can get quite boring, so I believe in mixing it up a little. Still aim to show more than you tell, but don’t forget to include some telling every now and then. The reader doesn’t need to read about how the characters are feeling every single time they do something. They don’t need to know how their fingertip felt as it came into contact with the light switch, they simply need to be told that the room is now dark.

Telling is especially useful in my genre of writing. Crime Thrillers/Suspense/Thrillers are genres in which fast-paced plots and short, snappy sentences go down a treat. it’s often hard to get the balance right in these types of situations. It is very difficult to keep the reader thrilled at a tense moment when you’re describing the way that the killer feels as he steps through the doorway. There has to be a perfect balance here. You have to show the reader the events, but at the same time move them through the action quickly – in which case telling a little is your only option.

Telling can make for a good suspense builder also. Ending chapters with huge build-ups and then blunt facts can leave the reader dangling on the edge of their beds, frothing at the mouth with the absolute need to learn more. I believe that this following extract from one of my crime fiction novels is a good example of mixing showing and telling to bring suspense upon the reader:

‘The streets were still gloriously empty. The silence was a thing to marvel at. And the way that the darkness seemed to exist in greater quantities in this street excited him. It rolled through the emptiness, its shadowy arms caressing the cracked paving stones and fire hydrants as it intensified, growing even blacker. It rapped its knuckles on the window panes of sleeping children, eager to smother them, to bring terror into their night. And it tip-toed right behind his girl, so close that it could almost taste her flesh, and then it wrapped itself around her, engulfing her entire body. It made him smile as he watched his girl plunge into the blackness, then his smile disappeared and he began towards her, hungrier than ever.’

If you notice, I make sure to include lots of description, showing the reader the streets and putting them there whilst the characters are there, letting them feel what they feel. But I also keep things simple in order to evoke fear and suspense. That last little part I’m particularly proud of, the part where it describes him as ‘hungrier than ever’ – that part does both. it is simple and it builds suspense and it is a good example of how telling can be useful.

How To Spot If You Are Telling Too Much:

Like I said, balance is key, but it is still better to show more than you tell – that much is certain. And there’s a neat little trick as to how you can potentially spot that you are telling too much and showing too little. I came across this tip online and I think it is very useful. I shall quote it below:

The words feel/felt are a sure sign that you’re telling instead of showing. If you notice it creeping up in your prose, find another way to express the same thing. For example: ‘He felt like he was going to pass out.’ can be replaced with ‘The floor seemed to sway under his feet.’

That for me is a great piece of advice and is something which I have paid attention to ever since reading it. It really does help to give your writing that extra something and puts the reader there more than simply telling. It’s not saying however that you can’t use the words feel/felt, sometimes it is easier to just say that and it can sometimes be more effective. It is simply advising you not to overuse them, in the same way that overusing unnecessary descriptions can create a problem. Again, balance is key.

So take these little tips and tricks with you on your next writing adventure. The next time you open up that laptop of yours or pick up your pen (if you’re old-school, but then again – if you’re using a pen, chances are it’s actually a feather and you save your laptop – AKA in your case, typewriter – for your final drafts) remember to take these lessons with you and apply them accordingly. Getting the right balance of showing Vs. telling is an incredibly hard thing to master, but doing so however, will certainly make for some:

Follow us to stay up to date with our writing tips/advice, schedule updates, special offers, prize giveaways, and writing-based competitions. Got any questions/inquiries? Hit that little email icon and send them over.

Tell us what you thought: