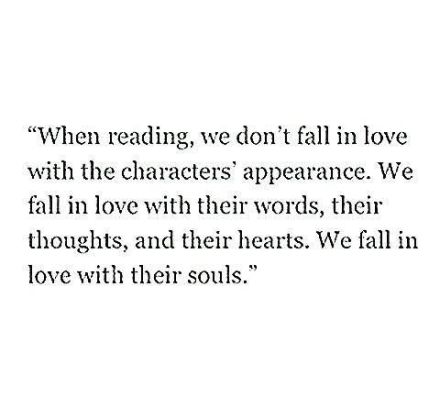 When sitting down to read a book, readers like to read into the lives of characters who they can relate to on an emotional level. It gives them a personal attachment to the fictional world and makes them more hooked on the story. Forming this sort of attachment not only helps to better engage a reader, but it also helps them to solve some of their own problems whilst reading about others who are sharing them – even if it is fictitious.

A Bond To Remember

Whilst reading books, readers are always comparing certain elements of it to their own lives and they manage to make connections between the characters in the book and either themselves or someone they know. This can be a subconscious thing, or they could be totally aware of it – but the main thing is that it happens. This is crucial to us writers, because it is a tool that we can most definitely benefit from. It can help us to engage readers more and keep them hooked on our stories, which is what every good writer manages to do.

If you are a reader (which if you are a writer, chances are you read a lot too) then you will know what I’m talking about. Sometimes you’ll read a chapter, a paragraph or even something as small as a sentence and think ‘holy shit, that’s just like…’ – it’ll remind you of something that is going on in your life or something that happened to one of your friends, or it’ll remind you of someone. It will hit you in some sort of way and it is predominantly the personalities of the characters which we can relate to the most. That is what evokes the most reaction.

It’s the exact reason behind different people taking different messages from works of fiction, because they relate to them on different levels, involving different things and in different ways. One poem can mean one thing to someone but then the total opposite to another, and it’s the same with longer works of fiction. Some people might feel something from a certain part whereas others may not be able to relate.

In the characters is usually the best and most effective way. Give your characters – especially your protagonist – some real world issues that they have to overcome. For example, a popular one would be alcoholism or drug addiction. A lot of people struggle with such things in the real world and seeing your characters overcoming them will help them to do the same.

But then again, that wouldn’t make for a very compelling story…

So have that as a secondary motive and maybe try to have the primary one a little less realistic to make the plot more interesting. So for me, one of my detectives in my crime fiction novel, is an ex-alcoholic and he struggles with this throughout the entire novel. But his primary motive is trying to catch the most prolific and seemingly unstoppable killer that New York has never seen. That is something that not many people on this planet can relate to, so my protagonist is relatable in a sense, but is still interesting because he has a less common primary motive.

You get where I’m going with this? It’s basically giving your characters obstacles to overcome that the people reading your book may have faced or may still be facing. It gives them a further attachment to the book and gives it more of a place in their heart. So as opposed to just reading about some random guy, they’re reading about a guy who has suffered or is suffering from something that they understand and can empathise with. It’s about capturing the harsh realities of life and showing how people can overcome such bitterness and come out fighting. That’s where the fictional part comes in.

Give the readers something to relate to, whether it is a character’s issue or a part of the plot, just make sure that readers can relate to your story in one way or another, because that is the most important thing. But remember to also keep it balanced too. Make sure that you aren’t just writing about an everyday issue, that would be boring. People wouldn’t stray into the world of fiction then, they’d just carry on living life. So make sure to include something else which makes it a little more interesting as well as relatable. And having readers relating to, and enjoying your work, that certainly makes for some: